In November 2017, the appeal of the electric vehicle incited a board member of this 468-unit condo complex to have a car charger installed at their parking space. As numerous condo owners from different phases of the complex showed interest in this project, the Horizontal Condo Board took charge.

This allowed for an easier and more harmonious installation process. Since there was a high number of units and accompanying parking spaced interested, the context was a bit more difficult than the norm (Three phases with 146 units in the first phase, 161 in each of the other two, and 832 parking spaces in shared garages). Shared EVSE were considered but ultimately, the board decided on individual EVSE in order to meet the condo owner needs and budgets. The project started officially in early 2018.

The Electric Vehicle Energy Management System (EVEMS) was chosen as the Charging Solution for two reasons. First, the proposed and approved project put forward a user-pay principle, which is easily accomplished by adopting the EVEMS. Second, the layout of the parking spaces and the electrical rooms was influential in the decision taking. The 832 places are distributed on three stories of the interior parking garage – Phase 1 has one accessible electrical room from the parking spaces and Phase 2 and 3 each have two electrical rooms respectively, the proximity of these various rooms and the parking spaces of owners interested allowed for EVEMS as the adopted power source and charging solution.

Billing on a user-pay basis resulted in an individual installation approach.

Several surveys were carried out during 2018 to gauge condo owner interest in the installation of charging infrastructure for the complex. Seeing as the general response was positive to such a project, the search for an electrical contractor then started. A proposal process started in the fall of 2018 and a contractor was selected in the spring of 2019.

In order to standardize all installations and ensure harmonious work, a Charging Strategy was put in place in July 2018.

The EVSE were installed in six months, starting spring 2019.

To supply the EVSE to be installed in basement 2 from basement 1 where the EVEMS would be installed, a concrete scan was carried out. In six months, 74 EVSE and their EVEMS were installed on two parking floors (basement 1 and 2). These installations include several NEMA plugs, a few EV Duty as well as Tesla Wall Connectors.

Work in the Electrical Room 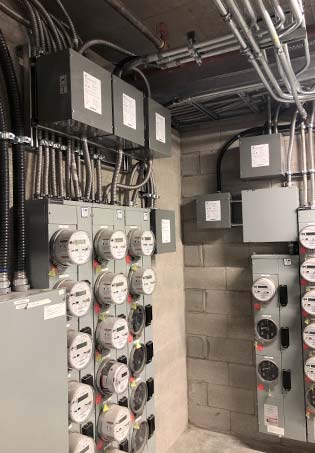 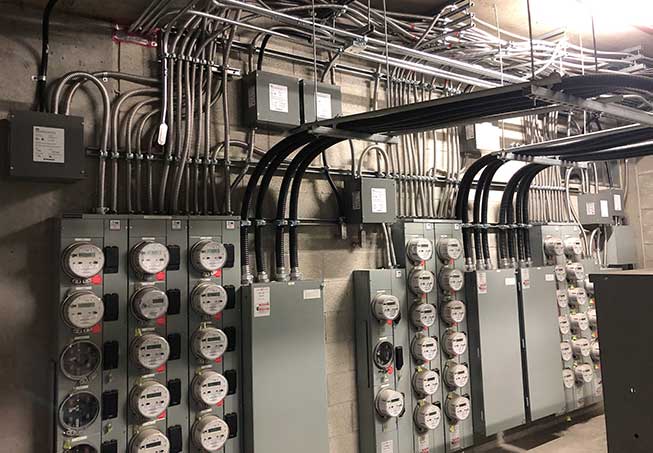 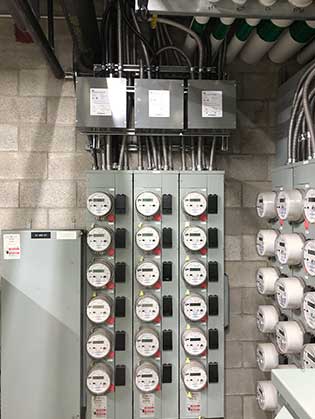 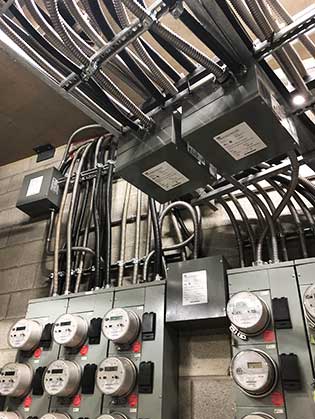 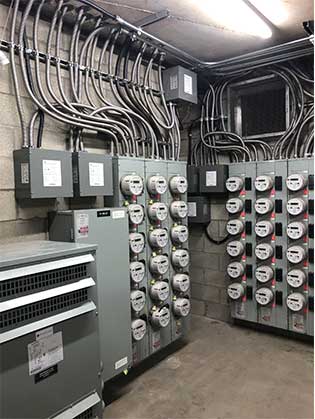 Work in the Garage

Installation of the piping and cabling required to supply 74 EVSE 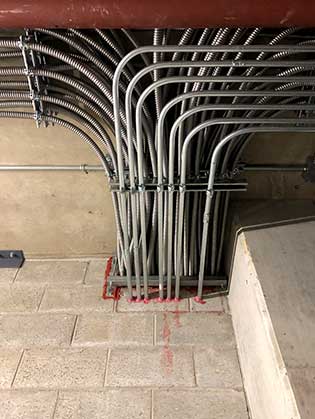 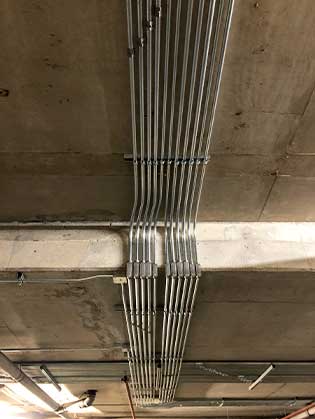 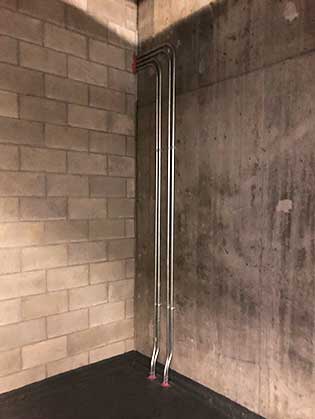 Work in the Parking Spaces 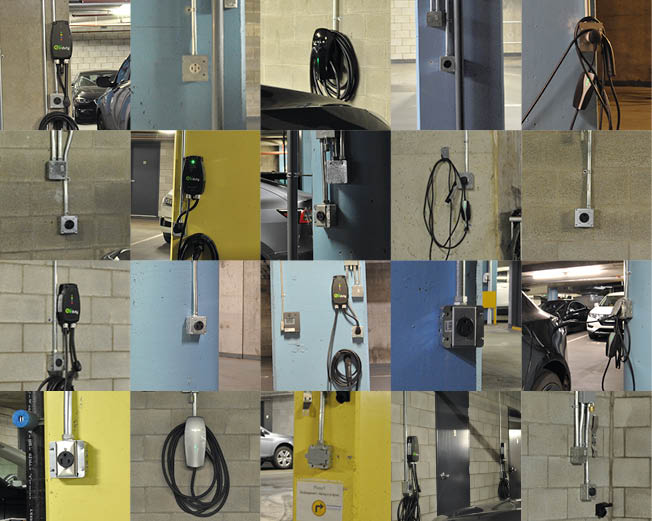 This project took advantage of the Roulez Vert program established by the Quebec Government, through the section “Borne de recharge en multilogement”, offering up to 50% cost reimbursement.

The content presented on this website does not in any way replace legal advice or the advice of an electrical infrastructure professional. Murbly has no control over external websites to which certain links may point, and is not responsible for the availability and content of such sites. Murbly accepts no responsibility for any problem or dispute that may arise during the application of the content presented here.